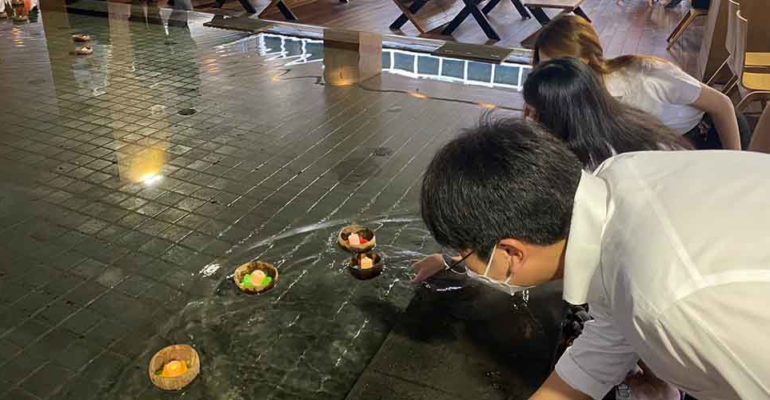 SMO provided “krathongs” for the students so that everyone could participate in the activity. In addition to “Loy Krathong,” there’s also a flea market where MUIC students manned the stalls that sold varieties, including food, dessert, drinks, and clothing.

Many students have taken an interest in the event and created a lively atmosphere around the canteen of the Aditayathorn Building. There were 665 participants in this event.