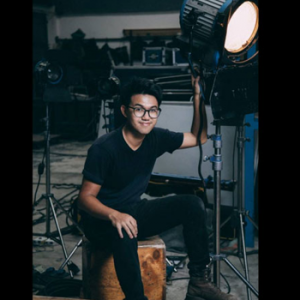 Congratulations to Mr. T-Thawat (Pete) Taifayongvichit, Class of 2015! His script, “Pencil, Money, Whatever, Microphone” was selected for short film production at the Asian Film Academy (AFA) 2017. The film that will be produced based on his script will be screened at the Busan International Film Festival 2017.

Mr. T-Thawat earlier was given the White Elephant Award (Best College Film) at the Thai Short Film and Video Festival 2016.