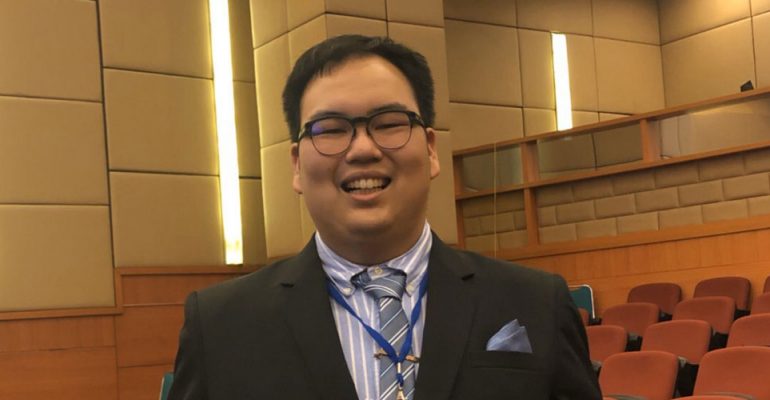 A sophomore from the International Relations and Global Affairs (IRGA) major of Mahidol University International College (MUIC) won an award in the Model ASEAN Inter-Parliamentary Assembly (3rd Model AIPA) at the DPR-RI (People’s Representative Council of the Republic of Indonesia), September 10-12, 2019.

Mr. Jiravat Kunkitiyanon received the “Best Delegation Award.” He was assigned as head of the chamber for Laos PDR in Economic Chamber, which consisted of 20 people from 10 ASEAN countries.

Model AIPA is an educational simulation which allows youths all across ASEAN to do a play role as members of parliament from ASEAN countries and discuss different issues according to their chambers. Delegates were sorted in three chambers and formed a team of two delegates to represent an assigned country.

MUIC Awarded for Safety and Wellness