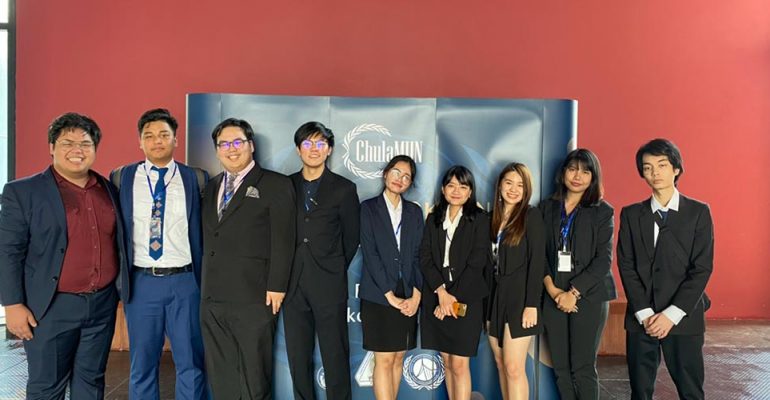 Mr. Bunkueanun Paothong and Ms. Nuttanicha Phlongphan, both students from the International Relations and Global Affairs (IRGA) major, were given the Best Delegate award and Best Position Paper award, respectively,