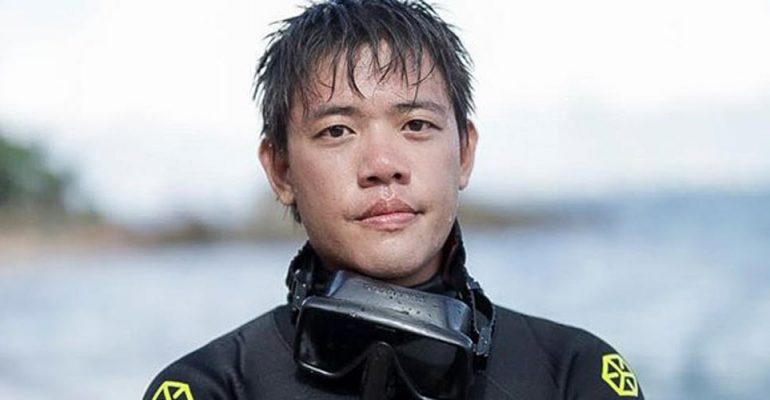 His photo, “Marium the Mermaid,” won the “Award of Excellence” under the category of Science & Natural History in the 77th Pictures of the Year International organized by Donald W. Reynolds Journalism Institute.

The Pictures of the Year International (POY) is the oldest and most prestigious photojournalism competition in the world. Each year, POY recognizes excellence in photojournalism, online storytelling, and visual editing.

“Marium” is a baby dugong being cared for by scientists after being found lost near a beach in Krabi in southern Thailand last year. The picture “Marium the Mermaid” earned widespread popularity. It showed her appearing to hug the biologist who was feeding her.

Mr. Sirachai, a Department of Marine and Coastal Resources photographer, is also an Environmental Science alumnus from MUIC’s Class of 2011.