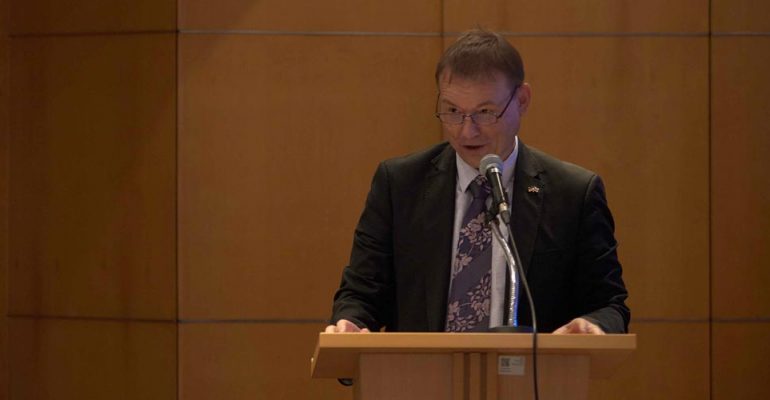 Mahidol University International College (MUIC) held a special talk on the topic “70 Years of German Constitution and 30 Years After the Fall of the Berlin Wall” on January 20, 2020 at the Seminar Room.

His Excellency Mr. Georg Schmidt, Ambassador of the Federal Republic of Germany to Thailand, was the guest speaker. He discussed the importance of the German Constitution to German citizens and also explained the process of its drafting in 1949 in the context of World War 2 and the Cold War. He then enumerated the distinct characteristics of the Constitution and how these proved to be major factors in the subsequent development of postwar Germany.

ICCU students filled up the Seminar Room and several of them asked questions during the open forum.