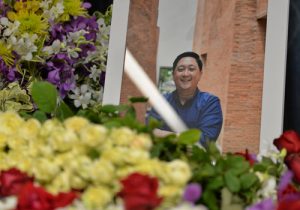 Ajarn Rattakarn, 40, passed away in a car accident on October 17, 2018 in Bangkok. Having taught for 10 years in the Business Administration Division, he also held several administration positions including Program Director of Business Economics. A member of MUIC’s Class of 2001, he graduated with a Bachelor of Arts degree major in Business Administration. He later obtained a Master’s degree in International Economics Relations from the University of Konstanz.

His mother, Mrs. Riraporn Komonrat, delivered a speech thanking everyone.

As the event concluded, the guests placed flowers before Ajarn Rattakarn’s portrait before leaving the hall. 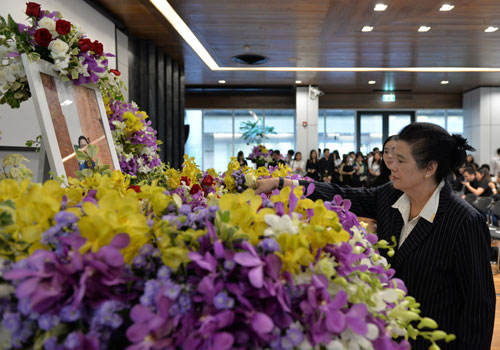 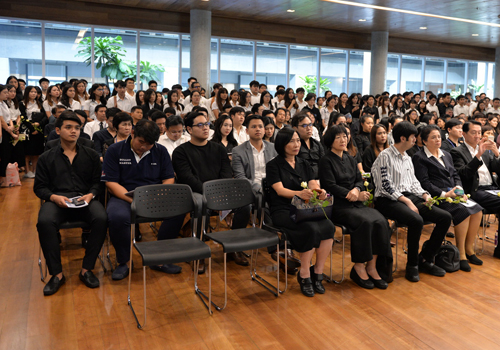 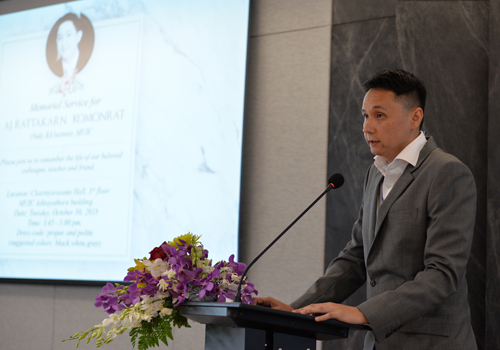 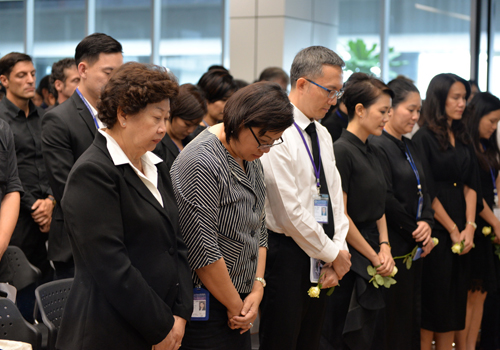 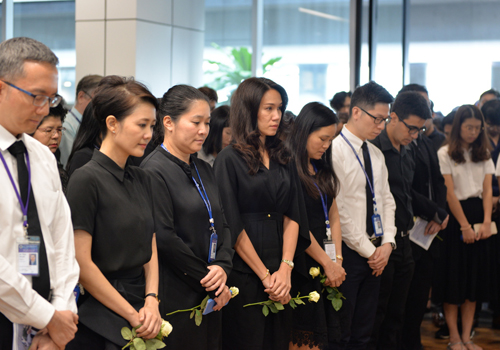 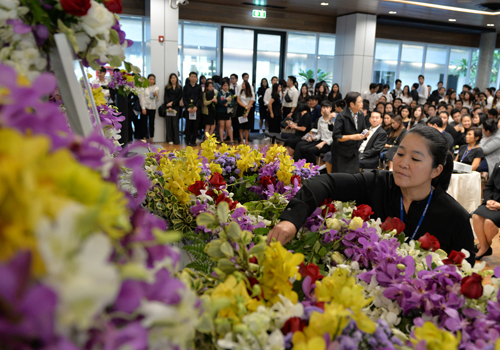 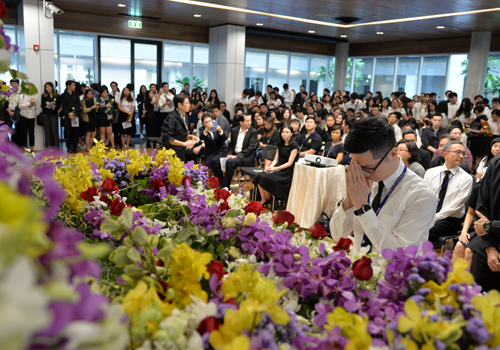 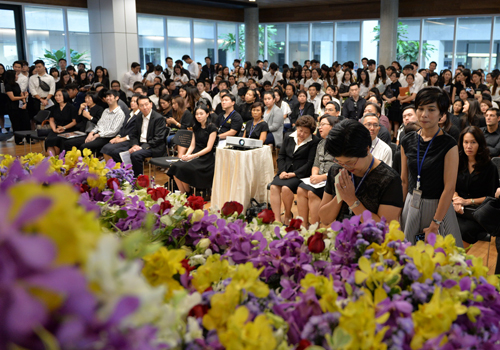 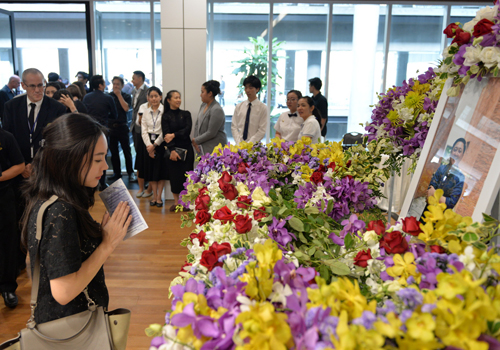 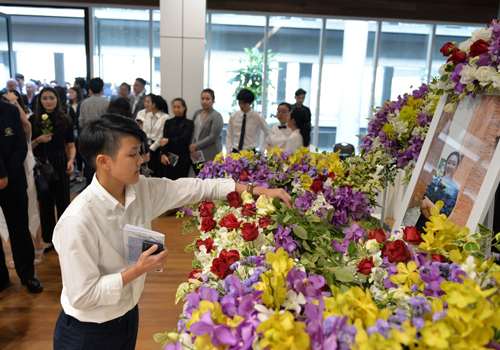 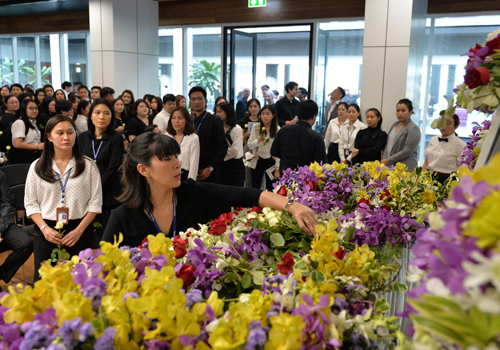 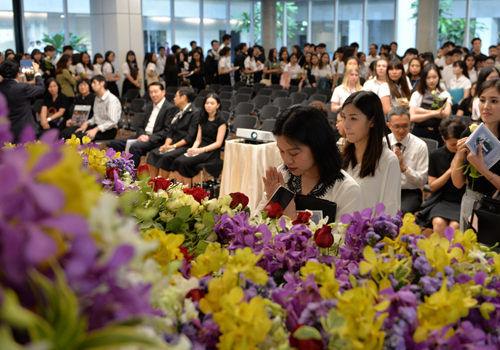 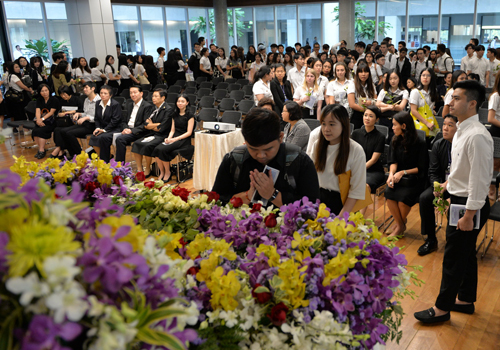 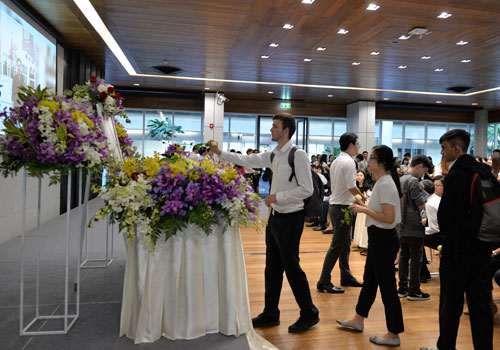