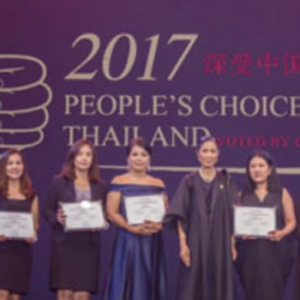 For the second time in a row, Cape Dara Resort—a hotel owned by Khun Pattamon Mekavarakul (Beau), MUIC Class of 2008—was among the Top Ten in the Best Beach Hotel Category and was also given the People Choice’s Award Thailand 2017 on 12 June 2017.

The award was based on the votes cast by Chinese tourists from May 26 to June 8 via www.peopleschoiceawardsthailand.com, which was held by the Tourism Authority of Thaila