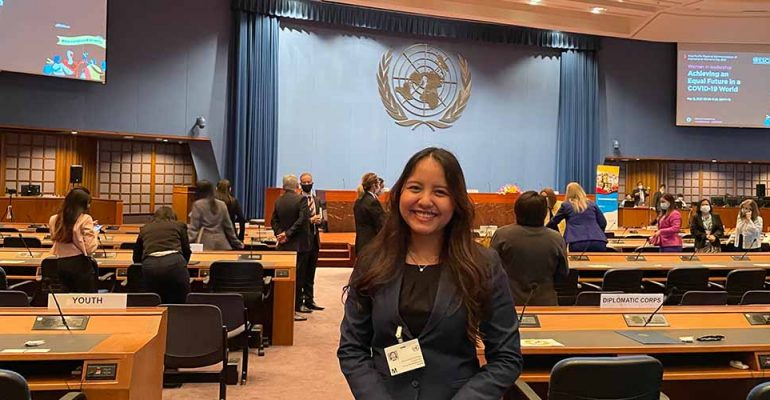 Two students from Mahidol University International College (MUIC) were selected as among the winners in the “Ambassadors for a Day” competition organized recently by several women ambassadors and women UN leaders in Bangkok.

To be selected, candidates had to submit a 3-minute video “discussing how they are working to resolve a social issue affecting women or girls in their community.” Ms. Yanisa said she discussed the topic “date rape” in her video.

Asked how she felt about winning in the competition, she said, “It was a great experience! I got a chance to ask questions about UNICEF and developed my perspective towards gender inequality after talking to UNICEF specialists. I also got to know the other winners who are passionate and interested in gender inequality issues in Thailand and I had the opportunity to talk to women ambassadors as well.”

Ms. Yanisa added that “making the video really changed how I think about gender issues in Thailand.”

She was trained by Mr. Kal Elle, a faculty member of the Humanities and Language Division’s English Program. He was also her instructor at the Preparation Center for Languages and Mathematics a few years ago. “When I decided what my topic would be, Mr. Elle provided me with relevant articles and guided me through the process,” she said.

Another MUIC student, Ms. Prajawal Bhosale, a sophomore who majors in International Business, was also chosen as an “Ambassador for a Day,” this time for the Embassy of the Federal Republic of Brazil.

Ms. Prajawal joined the ceremonies celebrating International Women’s Day on March 8, 2021 at UNSECAP where she had the opportunity to meet with several ambassadors.

Afterwards, she proceeded to the Embassy of the Federal Republic of Brazil where her duties for the day included understanding the roles of different departments in the embassy, performing diplomatic duties and attending meetings, and shadowing the Ambassador, Her Excellency Mrs. Ana Lucy Gentil Cabral Petersen.

At the embassy, she met the embassy’s council and heads of Internal Affairs and Commerce Department. Afterwards, she visited the Ministry of Foreign Affairs where she joined a meeting with Head of International Affairs Mr. Nadavanthna Krishnamra.

Asked what were the benefits she received for being chosen as “Ambassador for a Day,” Ms. Prajawal said “the social cause I was promoting, #Beautybybehaviour, garnered awareness among more people.”

As part of the requirements for the competition, Ms. Prajawal submitted a 3-minute video of herself discussing the topic of “Beauty By Behavior, Not By Beauty Standards.” She said that it was based on her final research paper that she had submitted in her ICGC 112 Academic Writing and Research II class under Ms. Mariejoy San Buenaventura who then recommended that she join the competition.

“We see few women in high-profile positions in commerce and politics. Seeing all the women ambassadors that day made me believe more in my capabilities. I learned a lot of valuable insights from their field of work and their respective journeys,” she added.

She also took the opportunity to promote MUIC: “Many high-profile personalities including ambassadors became acquainted with MUIC and happily agreed to visit the campus if ever I send an invitation to them for conferences and other related events.”

“This experience expanded my network because I was able to meet a lot of very bright young students and like-minded people who aspire to bring positive change to society,” Mr. Prajawal added.

COVID-19 THROUGH MY EYES 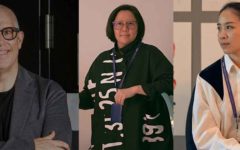 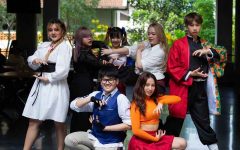