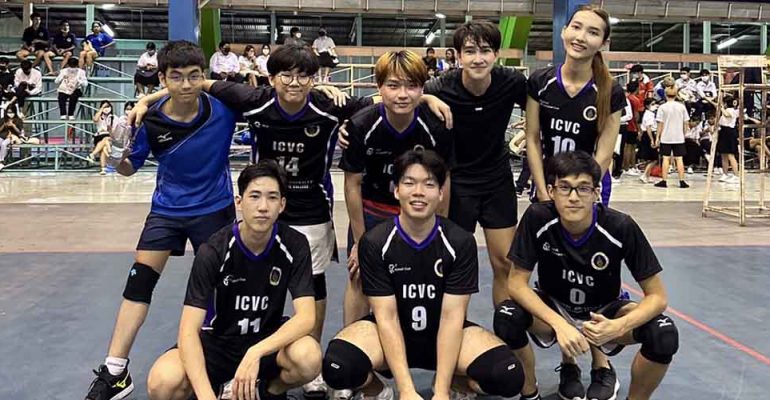 Through the help of MUIC Volleyball Club, three different teams were formed to compete including: MUIC 1 (Boys), MUIC 2 (Boys), and MUIC (Girls). Of the 3 teams, the MUIC (Girls) team was able to place 2nd overall in the competition, winning a cash prize of 1,500 Baht.

MUIC College 1 (Boys) team and MUIC (Girls) team were able to advance to the quarterfinals, with the latter defeating the team from the Faculty of Information and Communication Technology to advance into the next stage.

Moving forward into the semi-finals, the MUIC (Girls) team was able to get the best out of the team from Faculty of Medicine Siriraj Hospital in a breathtaking series, allowing them to move on to the finals against the team from the Faculty of Engineering.

The MUIC (Girls) team eventually bowed to the Faculty of Engineering team, settling for 1st  Runner-up (i.e., 2nd Place) in the competition.

The Volleyball Club said it demonstrated its greatest potential having placed one of its teams among the Top 3 and another in the Top 8.

The president of MUIC Volleyball Club said, “I would like to thank all of our team members for their effort, and hope that we would be able to achieve much more in the next year’s season.”