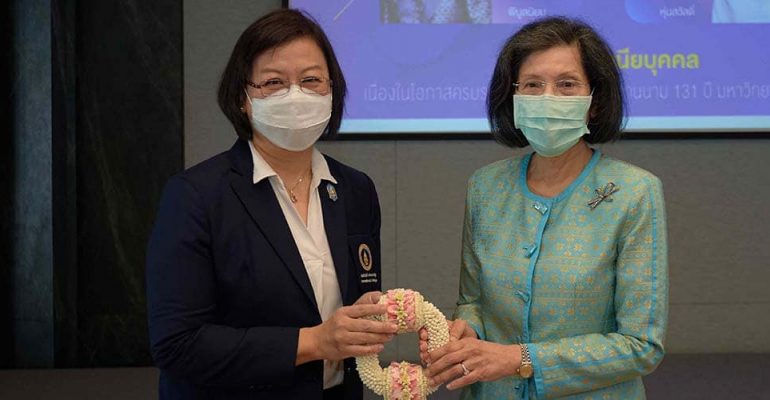 Assoc. Prof. Chulathida Chomchai, M.D., MUIC Dean, led college executive, lecturers and staff in a special ceremony to congratulate Prof. Rassmidara Hoonsawat, Ph.D., a former MUIC Dean, for being the recipient of this year’s Venerable Person Award given by MU. The ceremony was held at Charinyarasami Hall, Aditayathorn Building on March 2, 2021.

It is awarded to persons who best represent Mahidol University’s mission of being good role models who bring honor to the university.