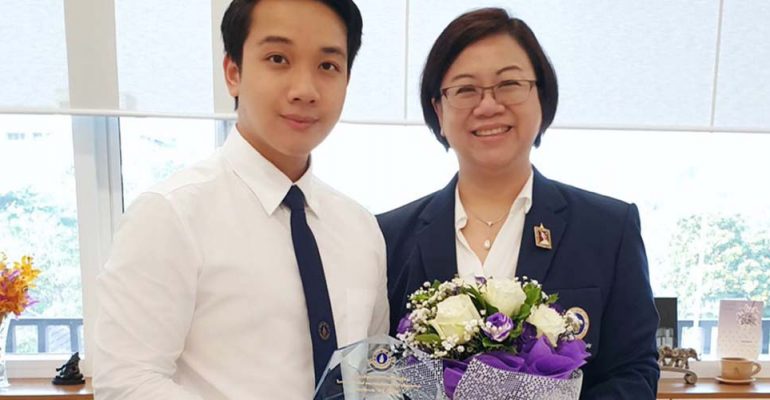 Mr. Pawinpon Theerawong received the award during the ceremony held at the Professor Kasan Chatikavanij Lecture Hall, Office of President of Mahidol University.

This award is given to individuals who corresponded to Mahidol University’s mission to develop the potentials of its students and who also make good role models for MU students.